I’m not sure when it was that I first jokingly referred to myself as a “poor church mouse”. Perhaps it was sometime after our family moved to Big Bear so that my father could pastor a small church there. I was 9 years old, and it was the first time that I encountered actual live church mice.

While my father was preaching one of his first sermons in that church, a cute little mouse wandered out from the kitchen and stood right below the pulpit, looking as if he was captivated by Daddy’s preaching. Perhaps his little heart was stirred by the message. He didn’t move at all during the closing prayer — I know this because I peeked the entire time. But there was a deacon in the front row who had removed his shoe and, the second my father said, “Amen!” this man let his shoe fly, hitting the unsuspecting little creature with deadly force…and thus the mouse was brutally murdered, in church, right before our very eyes.

At least that’s how I felt about it.

I knew the mice caused problems for the church. They were the bane of our organist’s existence, what with the damage all their chewing and nesting caused to the church organ. It seemed no one wanted them. But they had my sympathies…after all, they were church mice.

It was around that time that I first called myself a “church mouse”, finding the idea rather funny. Since then, especially during our leanest years, I would refer to our family as “poor as church mice”. I guess it’s Preacher’s Kid humor.

While we were still fairly new in Big Bear, one of my schoolmates said something to me along the lines of, “Wow, your father bought the prettiest church in town!”  Up until that, it had never dawned on me that anyone actually owned churches; ever the idealistic dreamer, I somehow assumed God owned them. So I had to tell this girl that my father had not bought the church (the idea seemed laughable to me even then, because I already had a vague idea that pastors did not make a great deal of money — certainly not enough to go around buying the churches they pastored.)

But I couldn’t help thinking…what would it be like to own a church someday?

Just as with many of my other childish thoughts, that one slipped out of my memory completely. Until recently… 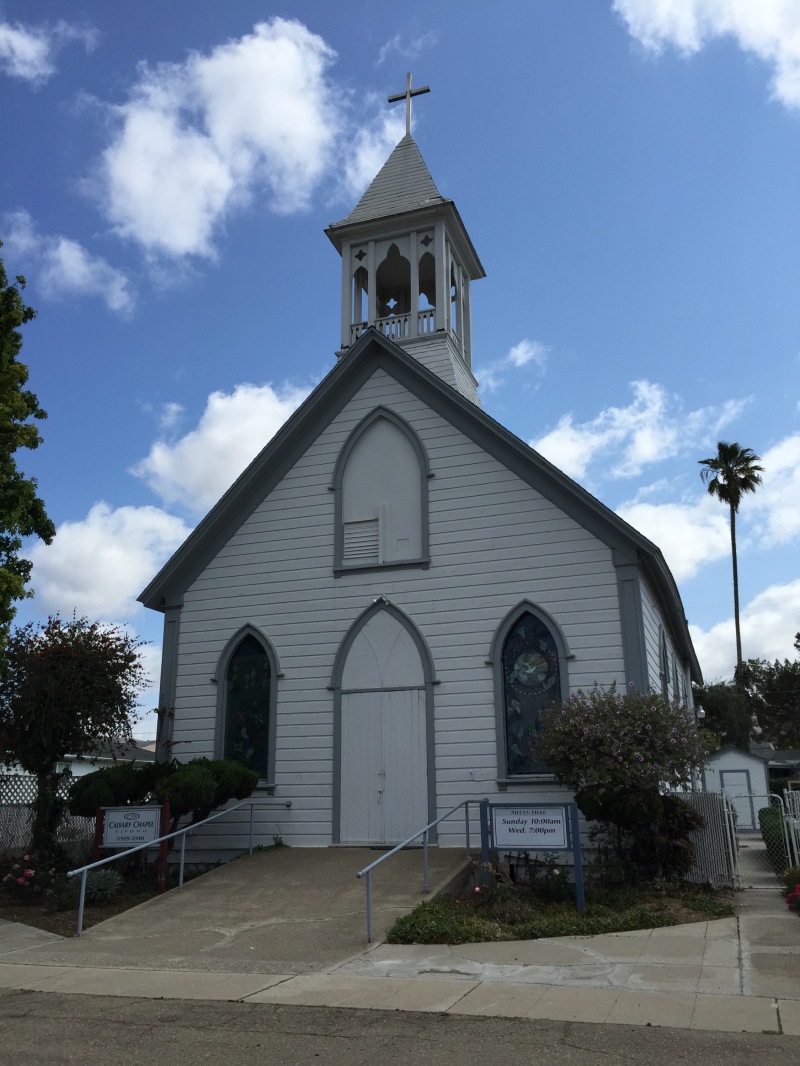 To make a long story short, my husband and I just closed escrow on a historic little church, built in 1898. What began as earnest prayers that this building not be turned into a venue for WWE-style wrestling, and that a church group we are not even part of would not be out on the street, turned into finding ourselves becoming the answer to our own prayers. (Be careful what you pray. But that’s for my other blog.)

We are not really owners, though. Part of me still believes that it’s God who owns church buildings. We are just stewards…embarking on a new adventure.

I forgot to ask if any church mice were included with the purchase.

2 thoughts on “From church mouse to church owner?”